Four banished Angels,
A world created by the hands of God,
A Kingdom on its knees,
A secret protected for centuries,
And one mortal can save them all.

A war awaits her arrival,
A warrant for her arrest.
She must rise as a princess,
And Darkness shall fall.
But will their love survive this battle?
For Tristan and Sarajane?

Step back into Saskia. 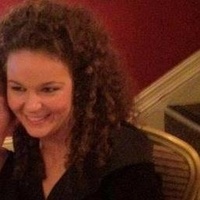 Aoife Marie Sheridan is twenty eight years of age. She lives in Kells, Co. Meath, a small town just outside Navan.  Aoife was raised in Navan but left with her family at the age of sixteen. Aoife has always had a passion for writing but mostly poetry. This is her first time to write a novel.

Aoife Marie Sheridan studied Accountancy and qualified as an accountant technician. She worked in this profession for several years but with the economic downturn she was made redundant.

Excerpt:
I put my head down against the rain and hoped they would let me pass. No need to panic yet, I told myself. As I drew closer, Saul stepped closer, his fists hanging at his side. Rain had soaked the men, but they didn’t seem to notice or care. I stopped a few feet away and looked up as they moved around me.

“Are you lost, lass?” Saul asked. He didn’t look as if he had drunk anything. “Give us all your money and you can be on your way.”

I didn’t have anything on me and I told them as much. Saul removed a small dagger. “You don’t want me to mess up that pretty face, so do as I say.”

The others had created a full circle around me, barricading me against escape. Their breaths filled my breathing space; alcohol hit me like a slap on the face… along with the knowledge that drunk men were dangerous men.

“I said give me your money now!” Saul warned me one last time.

I looked around, trying to see if I could see anyone, but their large forms blocked my view. I tried to relax my racing heart and felt for my dagger. I had to keep it together.

“I’m afraid I have nothing to offer you, except…” my stomach turned as I mimicked Dea’s actions, running my hand aimlessly along his chest, but that’s as far as I went.

“You don’t interest me,” his face turned into a snarl as he grabbed my waist, bringing his knife closer.

I was out of options. I slid my knife with my free hand out of my waist band. A large hand grabbed my other wrist.

I turned to the man behind me. He squeezed my wrist until I dropped the knife.

“Not so fast,” he said. The sky lit up with lightening and a rumble ripped through the night. I felt it vibrate deep within me. I wasn’t sure how to use my so­-called powers, but there was no time like the present. I looked at Saul and raised my hands slowly. I let the fear of the situation become alive on my face.

“Okay, I’ll give you everything I have,” I said.

He gave me a toothy smile and turned to his comrades as if to say now that’s how it’s done.

“Good choice,” Saul said, still smiling. I felt the storm build up inside me, as well as around us. The rumble of the thunder sounded overhead, giving a deafening crash. The men jumped as the lighting flashed across the sky. The storm was growing angry now.

Saul lifted his knife again to my throat. “Hurry up!” he shouted as the storm was working up.

The tip of his blade cut me, releasing red droplets of blood. I willed the lighting to strike, and it did, three feet away, causing the men to fall with the impact. Two of them ran for their lives, but when Saul looked up at me from the ground, his eyes held suspicion. So much for going under the radar.

But he wasn’t done. He rose and made a leap for me, grabbing me around the throat. I stamped on his toe hard. He yelled but didn’t loosen his grip, causing my cut to burn now.

I got my hands above his, reached for his eyes and pushed them in with my fingers. He screamed and let go as lighting struck beside him, blasting him off his feet.

He stood, shaking his head, as if to make sense of what was happening. The next fork of lighting struck his friend, whose screams were covered by the loud rumbles of thunder and the crack of lighting.

The smell of cooked flesh filled the night air. The man lay on the ground, convulsing. Saul raced toward me and hit me with as much force as possible into the face, knocking me to the ground.

I could feel the gush of blood from my nose, and my head swam from the impact. I felt the storm leaving, moving on, as I lost contact with it. My dagger lay only a foot away. I started to crawl even against the dizziness I was now faced with.

“Running away are we? Had your fun?” Saul said.

I looked back as he made his way toward me, rain pouring down on top of him. He hadn’t seen my knife; he thought I was trying to crawl away. When I reached the knife, I lay my body on top of it. Saul’s heavy foot came down on my back, pushing my face into the soaked ground.

He lifted it and grabbed me by the head of the hair, making me look at him. My hand felt for the knife and I tightened my fingers firmly around it.

Saul’s hand tightened around his own knife, and he brought it to my face.

“I’ll mess up that pretty face of yours,” he said as he still held me up by my hair.

I knew I had to act. I drove the knife into his foot that stood firmly beside me. He screamed and there were no rumbles of thunder to cover his cries.

My head lulled back as his grip faltered.

A figure moved toward us swiftly and quietly, face covered by a hood, but I could tell it was Tristan. I would know his movements and build anywhere. He silenced Saul by snapping his neck. Saul’s body fell to the ground. Tristan removed my dagger from his foot and helped me stand, wrapping an arm around my waist. I felt disoriented from the punch Saul had given me; warm blood made a trail from my nose down to my chin and dripped like a tap onto my rain­ soaked clothes.
Posted by Unknown at Tuesday, February 04, 2014