Today is the cover reveal for Altar of Reality, the first book from Shifted Realities--a brand new series by Mara Valderran. This YA dystopian is set to be released January 31st, 2015 by Curiosity Quills Press. Mark your calendars, and be sure to add the book to your Goodreads list! Want to stay up to date on all things Altar of Reality? Sign up for Mara's newsletter so you don't miss a thing!

And now...the moment Mara's we've all been waiting for... 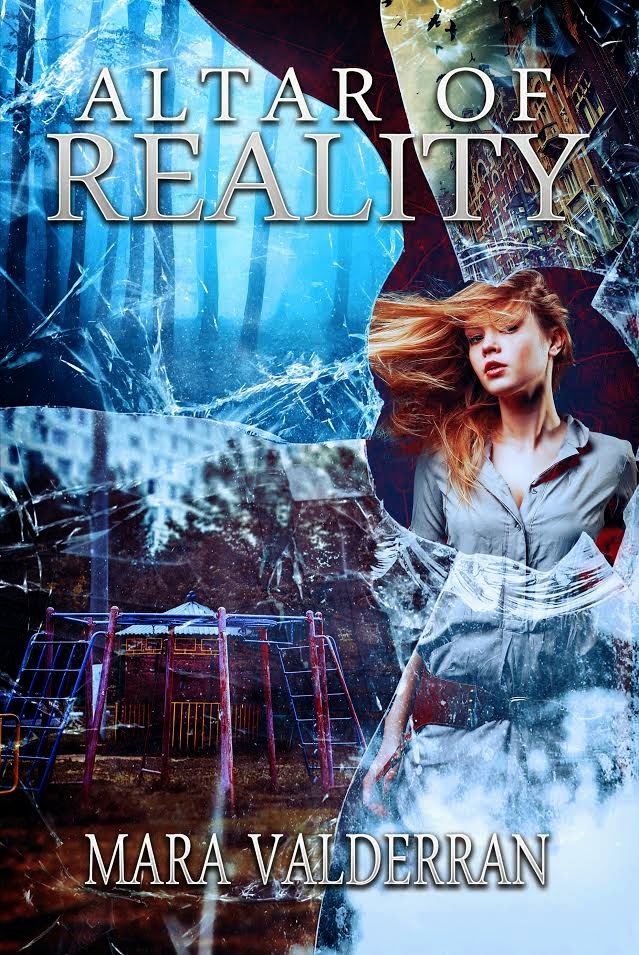 When sixteen-year-old Madeline suffers her first grand mal seizure, she finds herself in an unfamiliar reality, surrounded by strangers wearing familiar faces. Her best friend, Brandon, tells her that the world has fallen to chaos, the aftermath of World War III ten years ago. Madeline doesn’t remember anything from this life— especially not the explosion four years ago that killed her parents and landed her in a coma, or the Lord Commander; a zealot leader of the Southern Territories now searching for her.

Madeline barely has time to process everything before waking up to the life she’s always known. As soon as she dismisses it all as a strange and vivid dream, she finds herself back there once more. Unsure if she’s truly caught in the middle of a brewing rebellion, or teetering on the brink of insanity, she finds herself flipping between the two lives. Her heart becomes torn between two versions of the same boy and the lines between her realities begin to blur as she struggles to save her lives in both worlds.

I'm so excited for this brand new series! I can't wait to start sharing teasers with you, so stay tuned! January will be here before you know it. And don't forget to check out the Heirs of War, Crown of Flames blog tour going on right now! There are excerpts, interviews, a giveaway, and more. You can find the tour calendar here.
Posted by Unknown at Saturday, October 18, 2014