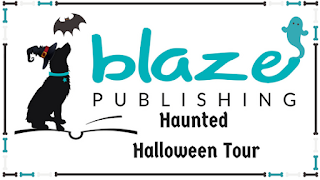 October is the month of fears, and we're going on tour with some of our favorite authors to talk about what their main characters are afraid of. What keeps them up at night? What nightmare has them waking in a cold sweat? Each day, we'll feature a new main character and delve deep into their subconscious to see what they fear. And each day, you'll have a chance to enter to win some awesome prizes! We met Vee from our recent dystopian release The Surrendered, but now we're getting to know her a bit better by finding out what haunts her each night when she closes her eyes...

My name is Vee Delancourt, and my biggest fear is all about failure. In a world where the nation abuses its children in unspeakable ways, losing this fight just isn’t an option. I hope I can prove myself worthy of the trust so many have put in me. I hope I can one day redeem myself for the mistakes that I’ve already made. . .and for the lives that have already been lost.
She’s here, my old friend is. Stalking my sleep again.
Well, not her exactly, but some version of her. While the pale skin is the same, if maybe a shade lighter, the hesitant smiles I once marveled at have disappeared. A twisted scowl now decorates her gray lips. Grayish. Not quite blue; not quite white. The color of death.
“You,” she snarls at me, one thin finger aimed in my direction. “You killed us all.”
I shake my head, backing until I come in contact with something. I don’t have to look to know it’s the big covered truck from Hopkins Farm. I’ve been here before, in these very Mills, on this very day. It’s the day that everything changed. The day I escaped the System and set into motion a chain of events that would forever change the lives of so many people. Not all for the better.
My ethereal pursuer continues to advance on me, and my heart races wildly in my chest. “I didn’t mean to!” I cry, pleading with her to understand. “I didn’t know so many would die!”
“Die, die, die. We’re all dead. We died. We’re done. Dead.” Babbling is her only response.
My chest squeezes. Something’s not right. Isn’t there supposed to be peace in the beyond? A great releasement of all the bad experiences? A big screw you to all who did you wrong? This is unfair.
She hesitates in her advance, her feet floating stationary over the dirt path for one moment. Her head tilts slightly, as though listening to sounds in the distance. She grimaces, shudders, and then moans. “They beckon. They call. . ..” She throws her head back, wailing, “No! I will not go!”
I cover my ears at the thunderous howl, releasing a scream of my own. “Let me help you! Let me fix this!”
Another murderous shriek sounds as I step toward her. “I don’t want to go! Make it stop! I WILL NOT GO!”
I sob, the gasping sounds ripped from my chest as I struggle to stay upright. I feel the blackness trying to take me even now. “Please. Please let me make this right.”
Her head drops forward, drool running from her mouth and over her chin. Colorless eyes swing back to me, and in them I see a sorrow unlike any I have ever witnessed. “You’ve done enough, little rebel. Selfish. Unthinking. Ignorant, rebel. You killed us all.”
“No.” My head continues to deny, but my heart twists at the knowledge that she’s. . .right. She’s dead because of me. Tears overspill my eyes, tracking marks through the grime on my cheeks. I choke. “But I was only trying to help you.”
Her bark of laughter startles me and I jerk in surprise when her finger points again, this time to my left. “Fail. Failing. Failed.” She cackles. And what of them? Will you help them too?”
My head turns.
They’re all there. My dear, sweet friends. Ann and John William. Cason. Matthew. My father. The Overseer. The Master. Asa. All the children. There are so many of them, both known and unknown.
All with the same murderous intent. 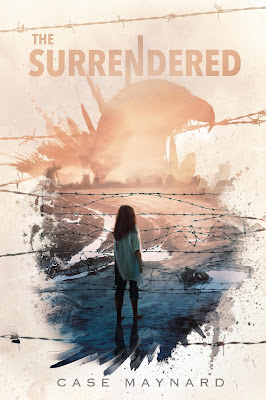 After a financial collapse devastates the United States, the new government imposes a tax on the nation’s most valuable resource—the children.

Surrendered at age ten—after her parents could no longer afford her exorbitant fees—Vee Delancourt has spent six hard years at the Mills, alongside her twin, Oliver. With just a year to freedom, they do what they can to stay off the Master’s radar. But when Vee discovers unspeakable things happening to the younger girls in service, she has no choice but to take a stand—a decision that lands her on the run and outside the fence for the first time since the System robbed her of her liberty.

Vee knows the Master will stop at nothing to prove he holds ultimate authority over the Surrendered. But when he makes a threat that goes beyond what even she considers possible, she accepts the aid of an unlikely group of allies. Problem is, with opposing factions gunning for the one thing that might save them all, Vee must find a way to turn oppression and desperation into hope and determination—or risk failing all the children and the brother she left behind.

a Rafflecopter giveaway
Posted by Unknown at Friday, October 28, 2016