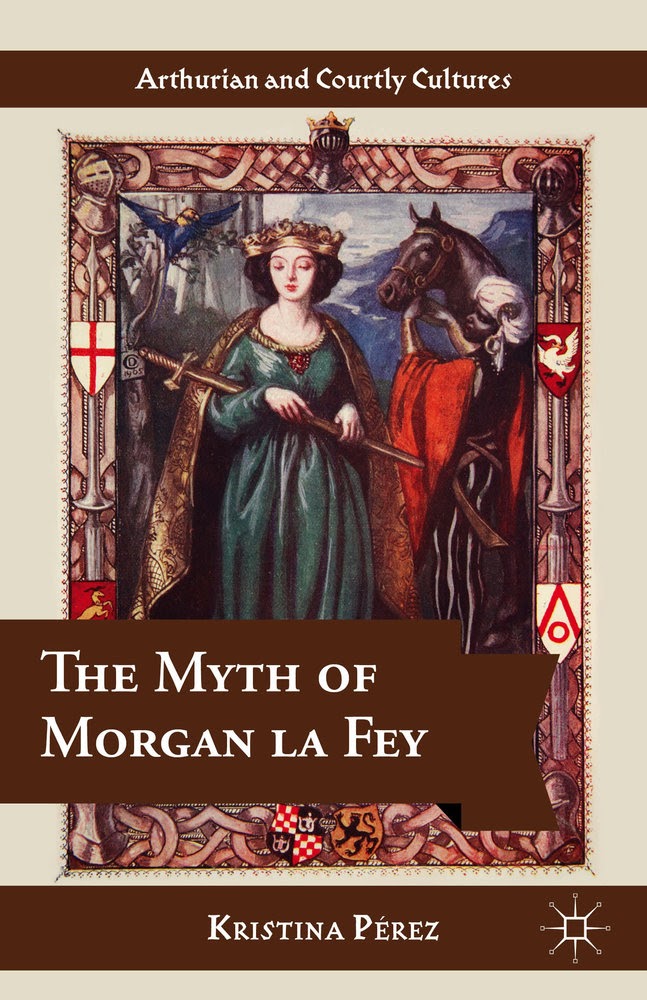 The sister of King Arthur goes by many names: sorceress, kingmaker, death-wielder, mother, lover, goddess. The Myth of Morgan la Fey reveals her true identity through a comprehensive investigation of the famed enchantress' evolution - or devolution - over the past millennium and its implications for gender relations today. While Western culture consistently seeks to control female sexuality by categorizing a woman's identity into either a mother or a lover, i.e. a Madonna or a whore, Morgan offers a unique duality, a refusal to let her identity be fractured. Here, Kristina Pérez makes the connection between the tension between those two roles and Morgan la Fey's descent within Arthurian legend from goddess to witch.

Find it from MacMillan or Add it on Goodreads 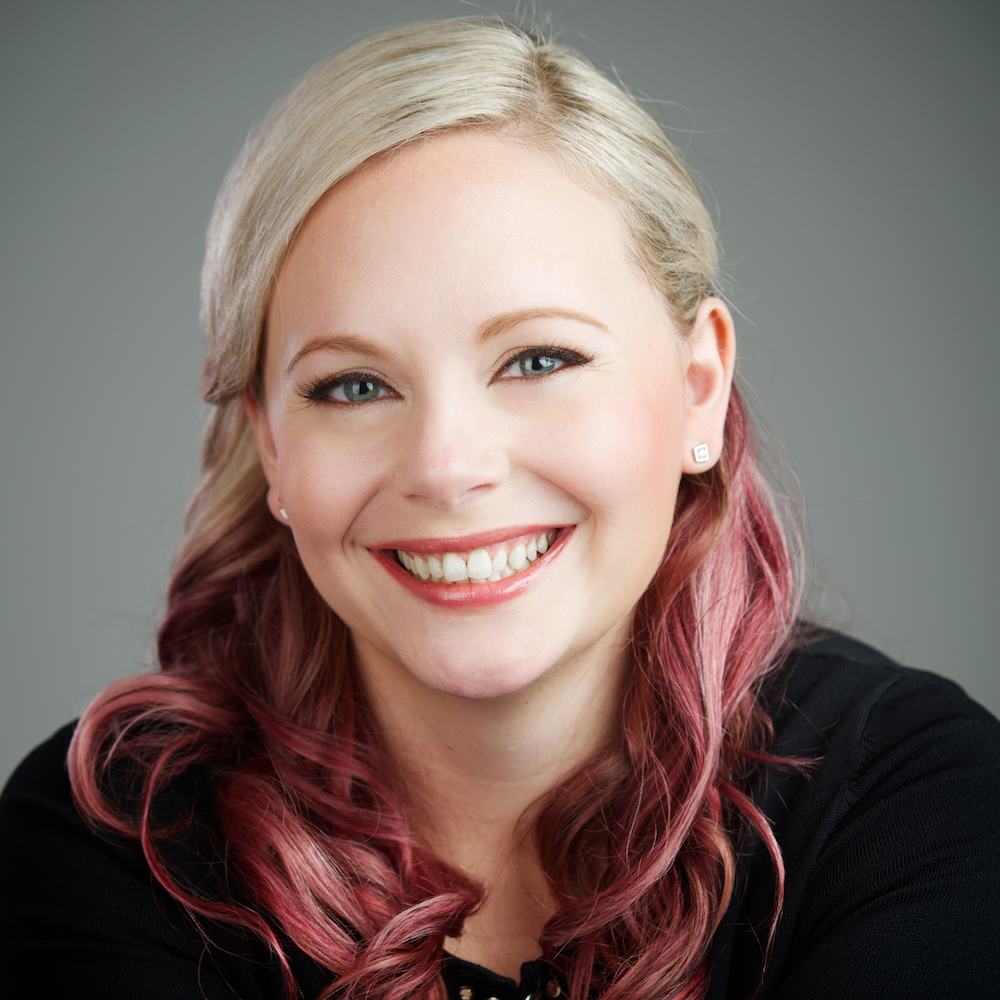 About Kristina Perez:
Kristina Pérez holds a PhD in Medieval Literature from the University of Cambridge and a non-fiction title based on her research, The Myth of Morgan la Fey, is forthcoming from Palgrave Macmillan. In 2012, she was a Visiting Assistant Professor at Hong Kong University's Journalism and Media Studies Centre. As a journalist, her work has appeared in The Wall Street Journal Asia, Departures, L’Officiel India, Condé Nast Traveler, CNNGoand the South China Morning Post, among others. She is also the author of A Hedonist’s Guide to Beijing. She is represented by Sara Crowe of Harvey Klinger, Inc.

5. Morgan vs. Guinevere
The Old Irish tale Serglige Con Culaind (“The Wasting Sickness of Cú Chulaind”) is most likely the source of the enmity between Guinevere and Morgan la Fey throughout the Arthurian tradition. This story tells of a debilitating love sickness that befalls the great warrior Cú Chulaind and the fight between his mortal wife, Emer and his Otherworld lover, Fand (a sea goddess). It betrays Morgan’s original relationship with King Arthur to be that of Fairy Mistress rather than sister; Guinevere’s (not unjustified) jealousy of Arthur’s affection for Morgan in the late Arthurian tradition stems from this origin.

4. Morgan as Fairy Godmother
Despite Morgan’s penchant for destruction in Arthurian legend, she plays the nurturing role of Fairy Godmother in non-Arthurian romances and chansons de geste (medieval epic poems) such as Ogier le Danois (c.1332-36), Floriant et Florette (c.1268), and Bataille Loquifer (c.1170). In Floriant et Florette, she is described as a “fairy of the sea” and raises the young Floriant after his mother’s difficult childbirth. Her role parallels that of the Dame du Lac (Lady of the Lake)’s relationship with Lancelot.

3. Morgan as the Lady of the Lake
Sir Thomas Malory’s Le Morte d’Arthur (1485) enshrines Morgan la Fey and the Lady of the Lake as mortal enemies. However, they in fact share the same Celtic origins including Fand and her sister, Lí Ban (the mermaid saint). Morgan la Fey is first mentioned by Geoffrey of Monmouth in his Vita Merlini (“Life of Merlin”) circa 1148 where she is a beneficent supernatural healer who lives on the Isle of Apples (Avalon) and is charged with restoring the mortally-wounded King Arthur to life. She maintains this position as a healer and guardian to King Arthur and his knights––the role Malory allots the Lady of the Lake––in Chrétien de Troye’s late twelfth-century romances, Erec et Énide and Yvain. It is not until the thirteenth century Old French Vulgate Cycle prose romances that the Lady of the Lake/Dame du Lac emerges as a central figure who subsumes all of Morgan’s healing and “good” magical functions leaving Morgan to become more and more demonized.

2. Morgan the Giantess
Morgan makes an appearance in Edmund Spencer’s The Fairie Queene (1590)––which is not strictly speaking an Arthurian text––as a lustful giantess named Argante who “seeke[s] young men, to quench her flaming thurst” and “she brings into a secret Ile,/Where in eternall bondage dye he must,/ Or be the vassal of her pleasures vile,/And in all shamefull sort him selfe with her defile” (Book III, Canto 7, Stanza 50)!! The name Argante is derived from Middle English Laȝamon’s Brut (c. 1190-1215): an elf queen who appears in magnificent attire on a magical boat to take Arthur to Avalon after his final battle (i.e. the traditional role played by Morgan la Fey).

1. Thoroughly Modern Morgan: Barbie vs. J.K. Rowling
In the first decade of the twenty-first century, Morgan la Fey has been portrayed by two iconic figures: Barbie and J.K. Rowling. The dawn of the new millennium saw Mattel rolling out a limited edition Morgan la Fey, The Enchantress Barbie doll with Ken as Merlin, of course. J.K. Rowling also chose become Morgan la Fey for the 2011 UK Royal May set of “Magical Realms” postage stamps featuring British fantasy authors as famous villains and heroes. Like Morgan as Fairy Godmother, J.K. Rowling has certainly overseen the education of a young hero: Harry Potter. A thousand years later, the spell cast by Morgan la Fey shows no signs of diminishing.
Posted by Unknown at Thursday, March 27, 2014