In case you haven't already heard me grumbling about this on social media, I am turning thirty next week. On Black Friday. So, I figured the best way to ring in my thirties and what feels like my official adulthood (Your twenties are just a test run anyway, right?) is to give you guys a bunch of stuff.

I have a bunch of awesome writerly friends who have agreed to donate the following prize packs (check out the blurbs and cover art for each book after the Rafflecopter code):

Wayzgoose Press Prize Pack:
One The Curse of Malenfer Manor e-book by Iain McChesney
One The Devil's Concubine e-book by Jill Braden
One Trial & Terror e-book by Adam Penenberg

Writers Are Winners Prize Pack:
One banner design or critique from Leigh Statham
One button design from Mystic Reviews
One five page critique from Mara

And because it's my birthday, I'm also adding an e-book of Heirs of War to each prize pack. If you're looking to win a signed physical copy, there's still time to enter my Goodreads giveaway below!

So how do you get a chance to win? Use the Rafflecopter options below to follow these amazing writerly people, and also be sure to leave a comment letting me know what prize pack you prefer. I can't guarantee you will get it, but I will take it into consideration if your name is drawn. Happy birthday to me Black Friday Gifting Day! 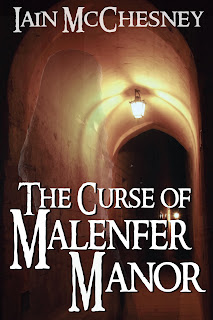 Those in line to the Malenfer estate are succumbing to terrible ends - but is it a supernatural legacy at work, or something entirely more human and evil?

Young Irish mercenary Dermot Ward headed to Paris at the close of World War I, where he drinks to forget his experiences, especially the death of his comrade, Arthur Malenfer. But Arthur has not forgotten Dermot. Dead but not departed, Arthur has unfinished business and needs the help of the living.

Upon his arrival at Malenfer Manor, Dermot finds himself embroiled in a mystery of murder, succession, and ambition. Dermot falls in love with the youngest Malenfer, the beautiful fey Simonne, but in his way are Simonne’s mismatched fiancé, her own connections to the spirit world, Dermot’s overwhelming guilt over the circumstances of Arthur’s death… and the curse. 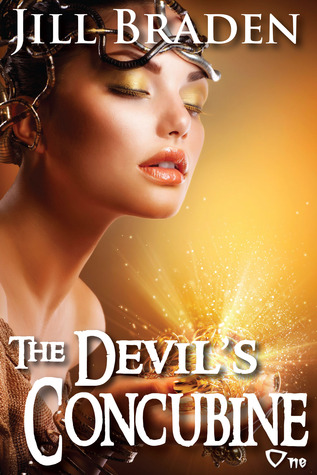 QuiTai, ruthless concubine of Levapur’s mysterious crime lord, the Devil, receives an unexpected invitation to cocktails with disgraced Thampurian Kyam Zul. She doesn’t trust Kyam enough to drink anything he pours, and won’t help him no matter how hard he begs – or threatens. But when QuiTai’s ex-lover is murdered, Kyam is the only one who knows the name of the killer, and he won’t tell QuiTai unless she helps him first.

The torpid back alleyways of Levapur’s tropical colony hide more than lovers. There are things with claws, beings with venomous fangs, and spies lurking in the jungle.

Most of them want to keep their secrets. 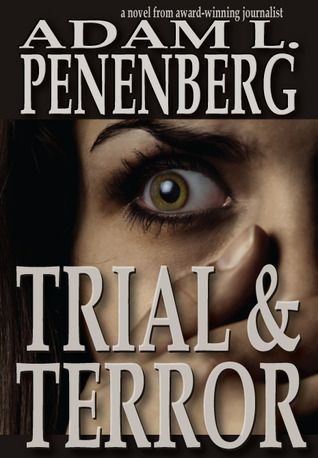 The good news is that public defender Summer Neuwirth just won her first case, which involved a brutal rape and kidnapping.

The bad news? Her client was guilty.

What's more, he knows all about Summer's past.

As Summer pursues her next case, this time to keep an innocent woman off death row, elements of that past--a mysterious case of childhood amnesia, her police officer father's involvement with a serial killer, a terrifying attack she survived just months earlier--entwine with her present legal work, her missing mother, and her rocky relationship with a private investigator, all of which culminate in a thrilling trial... and terror. 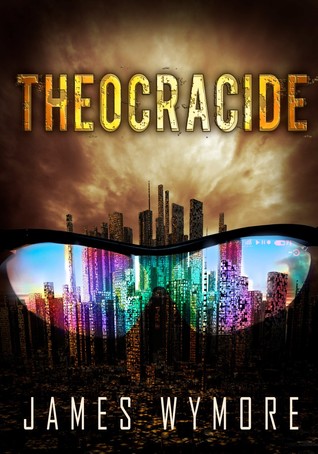 Aliens bent on conquering the world are closing in on a weakened America. Epidemic alien-flu leaves people afraid to go outside their homes. The Undying Emperor is drafting Americans of all ages despite the plummeting population.

Jason, like everyone else, lives in a fantasy facilitated by computer glasses that project images right over the parts of the world he doesn't like. With a sports scholarship and an amazing new girlfriend, he leads his college team from one victory to another. As long as they ignore the constant barrage of terrible news, their lives would turn out to be perfect.

Until the government discovers his father's secret. Until his artificially perfect world comes crashing down. Will Jason and his allies survive the manhunt long enough to finish his father's work - to commit theocracide and set the world right? 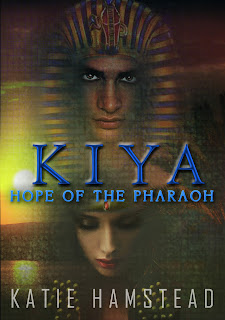 When Naomi’s sisters are snatched up to be taken to be wives of the erratic Pharaoh, Akhenaten, she knows they won’t survive the palace, so she offers herself in their place. The fearsome Commander Horemheb sees her courage, and knows she is exactly what he is looking for…

The Great Queen Nefertiti despises Naomi instantly, and strips her of her Hebrew lineage, including her name, which is changed to Kiya. Kiya allies herself with Horemheb, who pushes her to greatness and encourages her to make the Pharaoh fall in love with her. When Akhenaten declares Kiya will be the mother of his heir, Nefertiti, furious with jealousy, schemes to destroy Kiya.

Kiya must play the deadly game carefully. She is in a silent battle of wills, and a struggle for who will one day inherit the crown. If she does bear an heir, she knows she will need to fight to protect him, as well as herself, from Nefertiti who is out for blood. 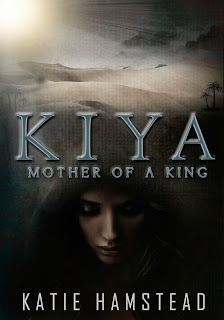 Nefertiti has forced Naomi to flee Amarna with Malachi and the three children. But even under the protection of Naomi’s family in Thebes, Nefertiti still hunts her and Tut. Nefertiti sends assassins to kill them, and while Naomi fights to protect the children, Malachi fights to keep her safe.

With three children in tow, one of which isn’t her own, she is labeled the harlot outcast wife of the pharaoh and is shunned. She isn’t safe among her own people, and flees from being stoned to death. Although her family protects her, she must find a way to survive.

While Naomi struggles to keep herself and Tut alive, old adversaries return as Smenkhkare takes advantage of Akhenaten’s ailing health. Naomi must rely on Horemheb’s promise to protect Tut’s birthright, but her feelings for Malachi could cause more problems with Horemheb than she expects. 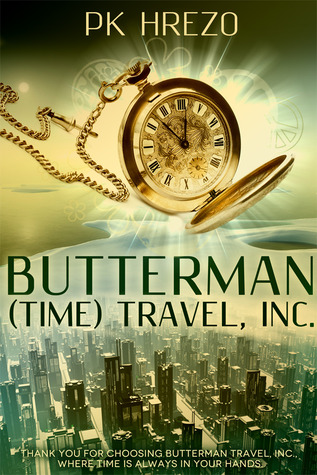 Welcome to Butterman Travel, Incorporated; a full service agency designed to meet all your exclusive time travel needs. We’re a family owned and operated business with one hundred years of experience. A place where you can rest assured, safety and reliability always come first.

Anxious to attend some special event from the past? Or for a glimpse of what the future holds?

You’ve come to the right place. We’re a fully accredited operation, offering an array of services; including, but not limited to: customized travel plans, professionally piloted operations, and personal trip guides. *Terms and conditions do apply

Use our Web conferencing to contact our frontline reservation specialist, Bianca Butterman, who will handle all your inquiries in a professional and efficient manner, offering a tentative itinerary and free fare quote, so you can make the most of your time trip.

We look forward to serving you at Butterman Travel, Inc., where time is always in your hands. 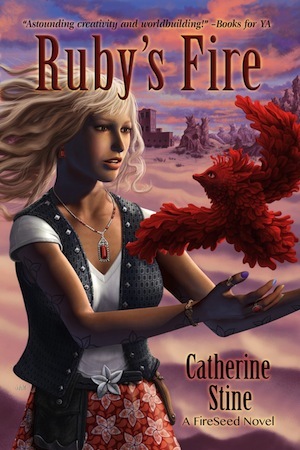 If everything about you changes, what remains?

Seventeen year-old Ruby, long-pledged to the much older Stiles from the Fireseed desert cult, escapes with only a change of clothes, a pouch of Oblivion Powder and her mute little brother, Thorn. Arriving at The Greening, a boarding school for orphaned teens, she can finally stop running. Or can she? The Greening is not what it seems. Students are rampaging out of control and as she cares for the secret Fireseed crop, she experiences frightening physical changes. She’s ashamed of her attraction to burly, hard-talking Blane, the resident bodyguard, and wonders why she can’t be happy with the gentler Armonk. She’s long considered her great beauty a liability, a thing she’s misused in order to survive. And how is she to stop her dependence on Oblivion to find a real beauty within, using her talent as a maker of salves, when she has nightmares of Stiles without it?

When George Axiom, wealthy mogul of Vegas-by-the-Sea offers a huge cash prize for the winner of a student contest, Ruby is hopeful she might collect the prize to rescue her family and friends from what she now knows is a dangerous cult. But when Stiles comes to reclaim her, and Thorn sickens after creating the most astonishing contest project of all, the world Ruby knows is changed forever. This romantic fantasy set in 2099 on earth has a crafty heroine in Ruby, and a swoonworthy cast, which will surely appeal to the YA and new adult audience. 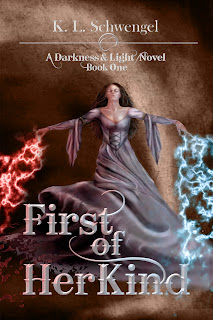 Everyone, it seems, wants to dictate what Ciara does with her life: Serve the Goddess, destroy the Goddess, do as you promised your aunt. All Ciara wants is to keep the two magics she possesses from ripping her apart.

And that won’t be easy.

Not only are they in complete opposition to each other, blood ties pull her in divergent directions as well. And then there’s Bolin, the man sworn to protect her. There’s no denying the growing attraction between them, but is it Ciara he wants? Or her power?

None of which will matter if Ciara can’t overcome her fear and learn to use her gifts.No one knows the depths of the ancient power she possesses, or what will happen if it manages to escape her control.

Will she lose herself entirely? Or be forever trapped between darkness & light?