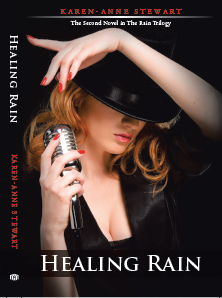 Shattered when Raina runs after his marriage proposal, Kas is hell-bent to find her and bring her home, where she belongs. He will bend every law necessary to do so, willing to do anything to protect Raina from her demons and the men who haunt her, going as far as placing his career and life on the line to save hers. Raina will give up everything she has worked so hard to achieve, even flee the country to keep Kas from the wrath and powerful reach of her abusive father.

In the midst of the FBI team closing in on the Ghost, another ghost from Raina's past taunts her, promising that she will be his. Meanwhile, a different trafficking ring is gaining strength in New Jersey. Michael solicits Raina's help, needing her smooth, sultry voice to win the audition for the new singer in the ring leader's swanky night club. Raina knows her life is in jeopardy with the dangers of being undercover, but she is blindsided when she discovers that it's her heart that is threatened with a mortal blow.

Raina tries to heal from the nightmares of her dark past as the grisly bodies of innocent victims surface when the team gets closer to discovering the identity of the man responsible for the infuriatingly clever and powerful slavery ring. When Raina finally comes face to face with the Ghost, he quickly engulfs her in a twisted game of cat and mouse, delivering a veiled threat as he slips through her fingers. As the ghosts of her past and present ensnare her in their deadly web, Raina realizes the danger has just begun. 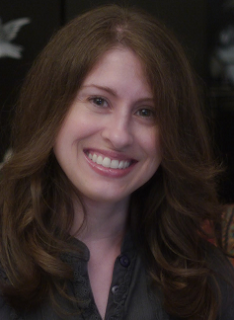 When Karen-Anne is not writing, she enjoys spending time with her first love, her family. She shares a home with her husband and daughter, their two dogs and their cat. She enjoys reading, hiking, and visiting new places. She plans to continue writing and sharing her stories with her readers for many years.

To enter the giveaway, go to each blog and enter the corresponding blog code into the rafflecopter.
This is Blog #5 and the code is: KARENMARA


a Rafflecopter giveaway
Posted by Unknown at Tuesday, October 08, 2013