Excerpt of Coldness of Marek by Rachel O'Laughlin 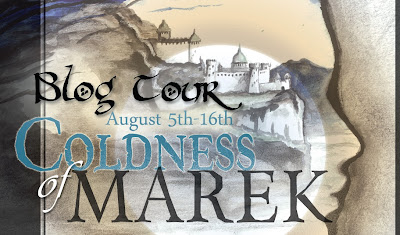 If you haven't read this book by now, you really need to. No, I don't care that it just came out and your To-Read list is a mile high. Yes, I know it is totally unfair that I got an ARC and was thus made aware of the awesomeness of this book before it even came out. But you know what? Take a second to put yourself in my shoes, guys. Geesh. I'm the one who has been sitting here since August 3rd, just chomping at the bit until I can urge you to rush out and buy this book. My review doesn't even cover how amazing it is. But this first chapter might give you an idea.

So I guess I will quit gushing and get to it. Then you can go buy the book, read it in one day (because trust: you will not be able to put it down), and we can gush over it together! Oh, and Rachel O'Laughlin herself will be stopping by on August 12th to talk about writing multiple points of view.  Here's the blurb so you have a reminder of what the book is about: 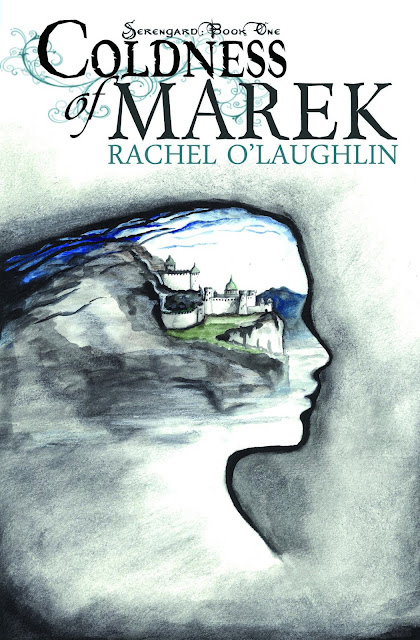 COLDNESS OF MAREK
Epic Fantasy
The First in the Serengard Series
Release Date: August 6, 2013
Serengard has been under Orion rule for centuries—centuries of insufferable adherence to laws and traditions that its people no longer believe in. Raised by her scholarly grandfather in the fiery southern city of Neroi, Trzl is dedicated to turning the monarchy into a free society where knowledge is king and no one has to be subject to the whims of an Orion.
As the rebellion escalates, her choices have an eerie impact on the revolution at large, elevating her to a position of influence she has only dreamed of attaining. But there are downsides to her new power that entangle her in a dangerous web of emotions, appearances and alliances. Even as she plays to the attractions of Hodran, a rich nobleman who wants to aid her cause, she is drawn to Mikel, a loyalist farmer who hates the rebellion but just might be winning her heart.
By the time Trzl realizes she is in too deep, she has an infant son and a dark mess of betrayal and lies. She runs to the furthest corner of the kingdom in hopes that she will be left alone with her child, but she has created too many demons. A figure she once trusted will take her captive in the chilling Cliffs of Marek, throw her back into the political upheaval she helped create, and leave her at the mercy of a man she never wanted for an enemy.

To the east of Dragon Country.
In the 10th year of The Four Cities.

THE HILL COUNTRY WAS SUPPOSED to be safer. Trzl would have put boards over her doors and windows like the rest of the settlers, but she did not believe in signs like the stirred fog and other nonsense.
“The fog is not lying still,” her neighbor told her, shaking his head. “Something is churning it, far away, up in the mountains.”
Rem was ancient and believed in the old sayings. Sayings that had kept people enslaved, kept them bound to nature. And it was too late in the year for cold dragons or fanged cats. Even Trzl knew that, and she was from the city.
But Malcom—Malcom looked worried, too. The last time Trzl had seen him afraid was two years ago, when a snake came into their pantry in broad daylight. Even then, he had been brave enough to kill the reptile. Her son was no weakling. His very name meant simply, in the Seren tongue, ground. A certain type of ground. Firm, high, far from the storms of the sea or the quicksand of the desert or the lowlands that flooded. His soul was older than most boys of his years, and she knew it.
Now he stared out the window, shivering.
Then again, her house was cold. It always was on mornings like this.
They all heard the hoofbeats at the same time. More than one horse. At least a dozen, moving at a smooth canter. Obsessed with all things history, Rachel O’Laughlin grew up writing adventure stories and only recently fell in love with fantasy as a genre. She lives in New England with her husband and children, grows roses and tweets often. She adores lattes, The Fray, long drives in the country, and any dark story with a good twist. Coldness of Marek is her first novel.
Posted by Unknown at Tuesday, August 06, 2013