Less than four more weeks until Heirs of War is officially released! To celebrate, I'm going to be posting one teaser each week leading up to the release, September 13. Oh, and I'm starting a giveaway that won't finish until September 14! Who doesn't like free stuff, right?

What can you win?
*If you would like an autographed copy, let me know. For those choosing e-books, a large postcard with the cover image can be signed and sent as well.
How can you win? Easy. In fact, so easy you can earn more chances to win. Tweet about the giveaway, follow me on Twitter, like my Facebook page, or follow There&Draft Again on Twitter to earn more entries. Just follow the directions with Rafflecopter below.

And about that teaser image... 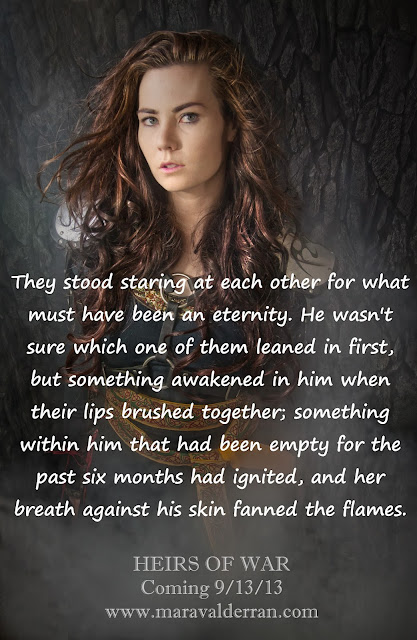 a Rafflecopter giveaway
Posted by Unknown at Tuesday, August 20, 2013