Christa McHugh is here to talk about medicinal herbs and plants in her world. First, let's get to know her and her books a little bit better before she takes over. Christa is the author of several books, including the Kavanaugh Foundation series, the Soulbearer series, the Elgean Chronicles, and the Deizian Empire series. The second book in the Deizian Empire series, Poisoned Web, was released November 14, and the third installment, Deception's Web, was released today, December 9. She's obviously been a very busy bee, and I'm really happy she stopped by today. 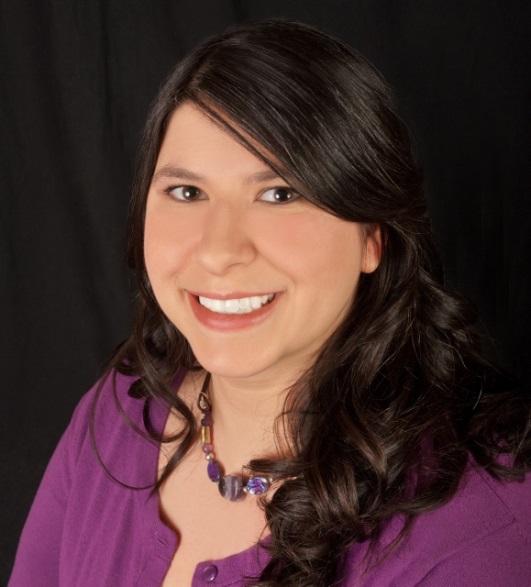 Growing up in small town Alabama, Crista relied on story-telling as a natural way for her to pass the time and keep her two younger sisters entertained.

She currently lives in the Audi-filled suburbs of Seattle with her husband and two children, maintaining her alter ego of mild-mannered physician by day while she continues to pursue writing on nights and weekends.

Just for laughs, here are some of the jobs she’s had in the past to pay the bills: barista, bartender, sommelier, stagehand, actress, morgue attendant, and autopsy assistant.

And she’s also a recovering LARPer. (She blames it on her crazy college days)

For the latest updates, deleted scenes, and answers to any burning questions you have, please check out her webpage  www.CristaMcHugh.com 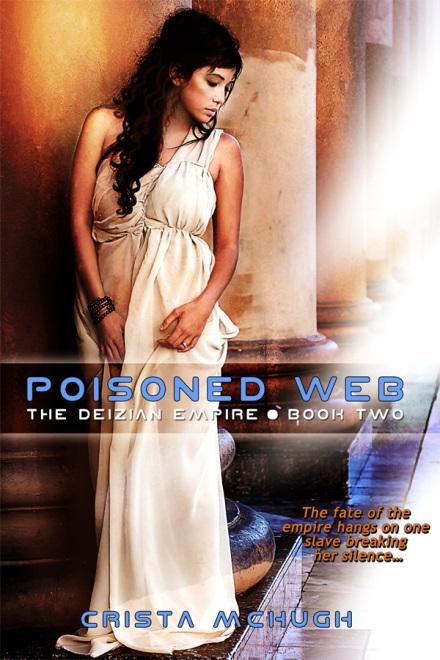 Book Description:
The fate of the empire hangs on one slave breaking her silence…

As the Deizian Empire prepares for the upcoming wedding of Emperor Titus Sergius Flavus and Azruha, one mystery remains unsolved—the sudden and unexplained death of the former emperor. And as her wedding gift to Titus, Azurha wants to give him answers. She suspects an unknown poison was involved, and her search for the truth enlists two unlikely allies.

Modius Varro’s thirst for knowledge caused an uproar in Emona three years ago and exiled him to the border town of Madrena. But when Titus falls victim to the same poison, his expertise in medicine becomes essential in solving both the riddle of the former emperor’s death and finding a cure to save the current one. His search leads him to far reaches of the Alpirion realm, to an ancient culture shrouded in secrets, and into the arms of one slave who must break her silence to save the empire. 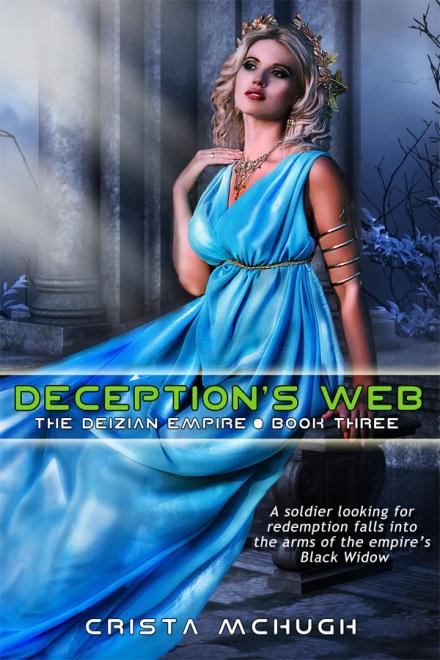 A soldier looking for redemption falls into the arms of the empire’s Black Widow...Galerius, former Captain of the Legion, is honored to be given a chance to redeem himself by discovering who is behind the failing barrier. A series of anonymous letters all point to Hostilius, governor of Lucrilia, but Galerius thinks he’ll learn more about the plot by seducing the governor’s thrice widowed daughter, Claudia. Although he warns himself not to fall into snare of the empire’s most deadly temptress, one kiss leaves him begging for more.Claudia has spent years as a pawn in her father’s political games and longs to break free of his rule, even it means betraying him to the emperor. When Galerius arrives in Tivola, she’s not sure if he’s there to aid her father or stop him. She willingly submits to his seduction, despite their class differences, in order to find the truth. What she doesn’t expect to find is a man who indulges her secret fantasies, satisfying her in a way none of her previous husbands did, and treats her as something more than a conquest. As time runs out to thwart her father’s plans, she must decide if she can trust Galerius not only with her life, but her heart.

And now, let's hear from Christa! 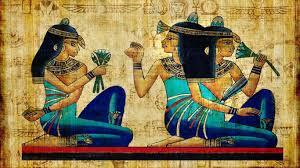 Medicinal Herbs and Plants
Izana discovers clues from ancient text about a native flower that holds the key to unlocking the truth of the former emperor’s death, but it’s the hero, Modius, who uses his knowledge of medicinal plants and puts two and two together. Throughout Antiquity, many cultures used various plants, herbs, and extracts for the purpose of healing various ailments. For example, opium poppies where used for pain relief, and male ferns were used to rid patients of intestinal worms. The extract from the autumn crocus was used to treat gout. Honey was frequently used to protect wounds and soothe coughs, and both chamomile and mallow plants were used to make expectorants.
Although I took some liberties with creating unique medicinal herbs and plants in my world, I did base them off commonly used plants in Ancient Rome. For example, glechon (or the cosmopolitan pennyroyal, a member of the mint family) was a plant that was brewed into tea and used by women as a contraceptive.
What are some of your favorite herbal remedies?


a Rafflecopter giveaway
Posted by Unknown at Monday, December 09, 2013