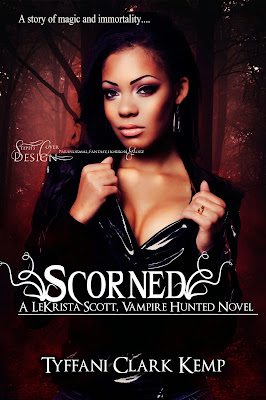 LeKrista Scott has killed a vampire, and now his lover wants revenge.


After months of watching her from the shadows, Lucretious, a millennial vampire, finally makes his attack during a party thrown by his maker, Roman - a party where Roman proclaims his protection over LeKrista. Roman steps in and saves her life, but not before she deals Lucretious the true death in front of his lover, Perdita. Now LeKrista is running for her life and Roman is trying to save it, but she’s not sure if he really cares or if he has some underhanded reason for keeping her alive. She seeks help from Mages but they refuse to help her, even though she exhibits high potential as a Mage herself. In a last ditch effort, Roman whisks LeKrista away, but Perdita finds them. LeKrista must eliminate Perdita one way or another. 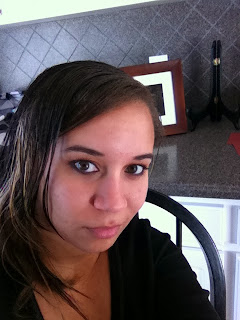 BIO:
Tyffani Clark Kemp was born in Florida and raised by her grandparents. She has been writing since she discovered in the sixth grade that it wasn’t enough just to read about fantastic places, but she could create her own. She weaves small bits of herself into everything she writes whether it be a science fiction piece about aliens or a dramatic romance fraught with conflict and love. After graduation she moved to South Carolina where she lives with her family and her fluffy shii tzu-mix dog who things he’s a Saint Bernard. Her available works include Scorned: A LeKrista Scott, Vampire Hunted novel, Beast Within, and Beast Anew. Kemp opened SideStreet Cookie Publishing LLC in September 2012.

To enter the giveaway, go to each of the listed blogs and enter the corresponding code into the Rafflecopter!

This is Blog #5 and the code is TYFFANIMARA

a Rafflecopter giveaway
Posted by Unknown at Tuesday, December 10, 2013